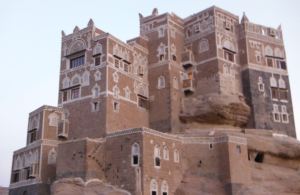 I would expect wiser sentiments from an established Harvard professor with notable experience in Yemen but alas Dr. Steve Caton’s closing comment in Charlene Anne’s Al Jazeera article about Yemen states “I am not sanguine about the immediate future of Arabic language studies in Yemen, not until the drone programme is stopped and western countries get really serious about helping Yemen to reconstruct, instead of focusing narrowly on terrorists.”

Steve, let’s talk about Yemen for a moment. First I have a question for you, which problem does the drone program cause? Is it the water scarcity problem in Yemen? The Southern Secessionist issue? Al Qaeda in the Arabian Peninsula attacks? The Sa’ada conflict and Houthi de facto coup d’etat? Perhaps the extensive food scarcity problem? Corruption in the Sana’ani government? Oppression of Yemeni female livelihood? Did we blow up a power plant causing the electricity to go out every day from early to mid-afternoon? Did a Hellfire missile hit a text book factory causing pandemic illiteracy across the nation? Do Hellfire missiles stop students from studying abroad in Yemen at CALES, YIAL or YCMES?

Sorry buddy but it was none of those. I was there during extensive drone strikes and students still came. The only thing that made students leave was fear from kidnapping or the paranoid Yemeni government themselves. Tying the drone program to the overall issues of Yemen is amateur and politicized. Feel obliged to ramble on about innocents killed by the drone program – though that is being done extensively already so it is kind of a moot point. But do not target the drone program as cause for the lack of foreign students studying abroad in Yemen. All the ones I know who just fled in the last few months were leaving due to the Houthi advancement on the capital. Having sat in the Sa’ada Working Group at the NDC I assure you, the Houthis have not a problem with the drone strike. So please spare us your politics.

I am also thrown off by your assertion that the future of Arabic language studies in Yemen is also doomed until “western countries get really serious about helping Yemen to reconstruct, instead of focusing narrowly on terrorists.” To begin with, reconstruction and western government focusing on counterterrorism has little to no effect on foreigners going to Yemen to study Arabic. When I moved to Yemen to study Arabic during the embassy evacuations in 2013 my friends in disbelief never once said “Yemen?! But we do not support reconstruction there!” nor did anyone ever say “Why would you go to Yemen, Western countries target Al Qaeda there.” Nope. Not one. To be sure, what everyone did say however was “Dude you’re gonna get kidnapped or shot.” So your assumption is just that, an assumption, and an ignorant political one at that.

I say ignorant because I wonder if you even track the “reconstruction” efforts by Western countries in Yemen or if this is just your go-to sound bite. Shall I remind you of the notable efforts by USAID in Yemen? Perhaps you have forgotten of the “reconstruction” support Yemen receives from the World Bank to which the U.S. is the largest shareholder? Did you even conduct research into western reconstruction efforts before you made those comments? Let me pull from a previous post of mine for your edification:

[…] look at the assistance package from the US to Yemen from 2012. CNN’s Security Clearance Blog reported at the time that:

“In the new assistance package, the State Department will provide roughly $47 million in security assistance. The Pentagon will provide an additional $112 million to train and equip the Yemeni security forces to conduct counterterrorism operations. On the civilian side, the United States will provide $178 million for humanitarian aid, development and assistance to help Yemen transition to democracy.”

Yes that is right, the math shows that the Civilian side of the assistance was greater than the amount of Military aid…by $20 Million. That is “$337 million in assistance in the 2012 fiscal year, up from $147 million provided in the previous fiscal year.” Now because there are many different avenues of funding for many types of aid let’s take a look at what the US is doing for the political transition of the country. In March 2013, the US Department of State reported:

“In coordination with the international community, including the United Nations, the United States plans to provide $10.4 million in technical and operational assistance to support the Yemeni-led National Dialogue process, slated to begin March 18. We plan to contribute $1.2 million to support constitutional reform and referendum projects. We also plan to provide $8.4 million in technical assistance to prepare for national elections in February 2014, including for reforms to Yemen’s voter registry. We are also supporting the efforts of Yemeni women to ensure their voices and perspectives contribute to Yemen’s transition.”

Looking at the Civilian/Humanitarian side of the aid alone for the 2012 fiscal year, Nabeel Khoury, (former Deputy Chief of Mission 2004-2007) stated “this is more than ten times what U.S. assistance to Yemen was during the 2004-2007 period.” So not only do we provide a ridiculous amount of aid to Yemen – we have exponentially increased it.

It is not just the government that provides a great amount of assistance either. The large mega American corporation of Proctor & Gamble donated millions of vaccinations to the Yemen people, reported TradeArabia.com:

“In total over five million vaccines were donated by P&G to Unicef campaign for use in Yemen. These vaccines were distributed and used by Unicef and the Yemeni Government to vaccinate up to two million mothers of child-bearing age over a period of several weeks in 2011.”

The international community overall is pouring assistance into Yemen. Look at the efforts to better education in Yemen by UNICEF, who recently signed a $72.6 Million agreement to support educational needs in Yemen.

Steve, your comments are a disgrace us Yemeniphiles. They are unfounded, unresearched and far below the professional-grade standard that should come from a man of your caliber. It is this blame culture in foreign affairs that does more damage than good. Throwing blame on the U.S. instead of acknowledging that first, the U.S is not inherently responsible for Yemen’s issues, secondly regional neighbours have done far more damage to Yemen than “western countries” could begin to. Thirdly, “western countries” have poured aid of all types into Yemen over the years while select Yemenis continue to play tribal power politics with corruption, provide tacit and overt support to AQAP or have joined AQAP themselves. Fourthly, people such as yourself whom continue to dispense this faulty logic are in my opinion causing more harm to Yemen than anyone because they provide excuses that let those who are really to blame, off the hook. I expect better from you Steve.